My long-suffering husband muttered playfully, shaking his head, as he stretched his aching legs out on the footstool. We were finally sitting down, and it felt. so. good. It was the end of one of the more grueling and demoralizing days we've had so far, here on the homestead.

That was the day we tried to load a 280lb hog into the back of our pickup. Just the two of us. I'll do that story justice sometime when my tailbone and my pride are a little less sore. We'll call that post, "21 ways NOT to load a pig in a pickup." For now, let's just say it's not on our list of things to do ever again.

As I sat there, swirling around a much-needed scotch, and feeling responsible for getting us into this (pigs were my idea), I thought over the things I'd do differently - if I ever raise pigs again. Please don't get me wrong. We really have enjoyed our pigs, and they've brought a lot of laughs to our farm this year. But man, there are a few lessons we learned the HARD way. And several things that, in retrospect, I really wish I'd done before we ever hopped in the truck to go pick up those three adorable little bacon bits. So I'm sharing them with you, in hopes this list might save you a little stress (and money, and sore muscles), in your own pig-raising adventures. 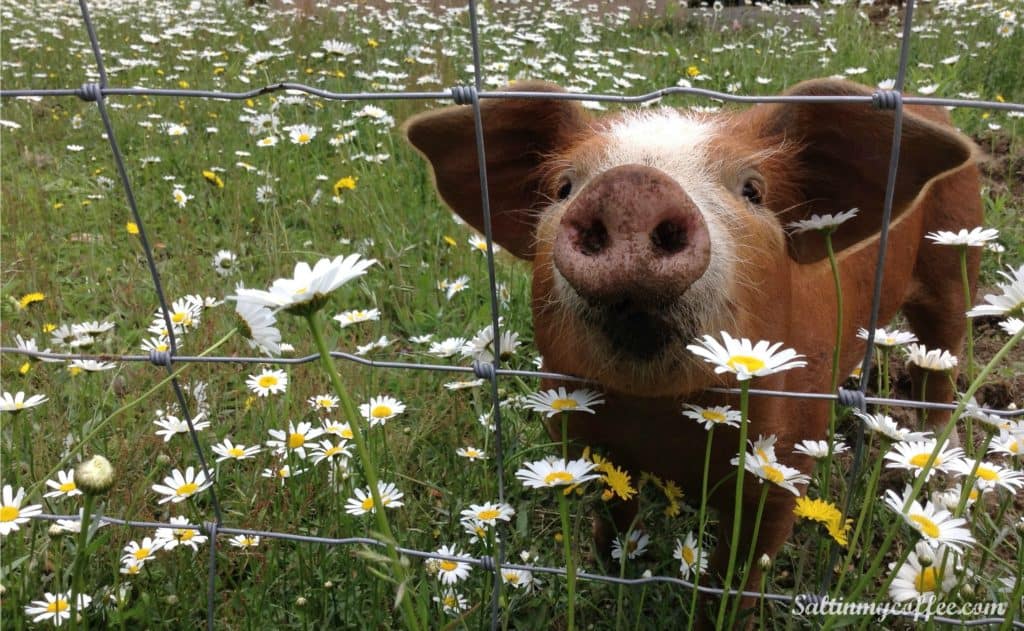 6 Things to do BEFORE bringing piglets home

I'm a big fan of research, so although this post makes us sound totally inept, I really did go into this armed with information - several books on pig-raising (this one's my favorite), and a printed-out stack of facts and numbers. We felt confident, estimating how much food we should expect our three pigs to go through, over the course of 6 months. I also had ambitious plans for growing a big percentage of their food. In our 4,000 square-foot garden, we had plenty of room for growing extra forage - turnips, rutabagas, squash and corn. In fact, I already had about 2,000lbs of leftover blue hubbard squash from last year, to get the little oinkers started.

Facts and figures aside - that pile o' hubbards was a distant memory, LONG before anything was even thinking about ripening in the garden. Those pigs ate an unbelievable amount - probably in large part because of their huge pasture area that encouraged them to be super-active, and playful. They were running off all of those calories! We did grow a lot of their food, and gave them acorns and apples from our trees, by the bucketful. But we still bought much, much more feed than we expected. If you're contemplating raising pigs, I'd suggest taking the amount you estimate they'll eat, and multiplying it by 1.3, to be on the safe side.

We figured that with such a huge pasture area, the pigs wouldn't have a lot of motivation to break out, and we wanted to avoid electric fencing if we could. We bet that some good woven-wire fencing, with sturdy posts at fairly close intervals would do the trick. It was a bet we lost, miserably.

By the time we'd had the pigs for a month, I'd chased and cajoled them back into their pen more times than I could count. More often than not, baby Duncan was on my back, giggling delightedly at the bouncy ride. I knew it was only a matter of time before those little porkers figured out how to go visiting our neighbor with the perfect lawn - and that wasn't a conversation I was eager to have. We knew we needed to switch to an electric system. The relief - once it was installed, and they were trained to it - was immense. It would have been much, much easier though, to have had it fully set up and functional before they arrived. Next time, I'd have it all set up ahead of time, and I'd train them using the system described here, by the good folks over at Milkwood Permaculture.

3. Create a watering station that can't be tipped over.

In retrospect, I really should have, but I didn't see this one coming. With chickens, ducks, and sheep that all drink happily from standard-issue rubber livestock tubs, I just didn't expect to find my pigs greeting me at the fence, holding the water tub in their teeth like Snoopy. They were glad to drink from it when we first watered them in the morning. But then the tub would quickly become a plaything. They'd cram their bodies into it like a pool - all three at the same time. And once they'd displaced all the water, they'd play football with the thing...or a hilarious porcine version of ultimate frisbee. Funny as all get-out. But frustrating, since it meant refilling the tub multiple times, throughout the day.

We finally resorted to dragging into their pen an obscenely heavy old trough that we'd found, half-buried, as a flower bed in our yard. They still used the trough as a pool on the hottest days, but it was too heavy to tip over, and they couldn't displace all of the water out of it. So even in mid-summer, I didn't end up having to refill it multiple times. If I didn't have a free, obscenely-heavy trough, I'd follow this tutorial from my friends over at Lumnah Acres, and make a nipple watering system from a large food-grade barrel.

4. Make an appointment with the butcher.

Who knew that butchers book up MONTHS in advance? Not this girl! I thought I was so on top of the game calling in August to make a November appointment. HA! Turns out, at least in this part of country, you really need to make your butcher appointment as soon as possible. Seriously, before even picking up the piglets is not a bit too soon. 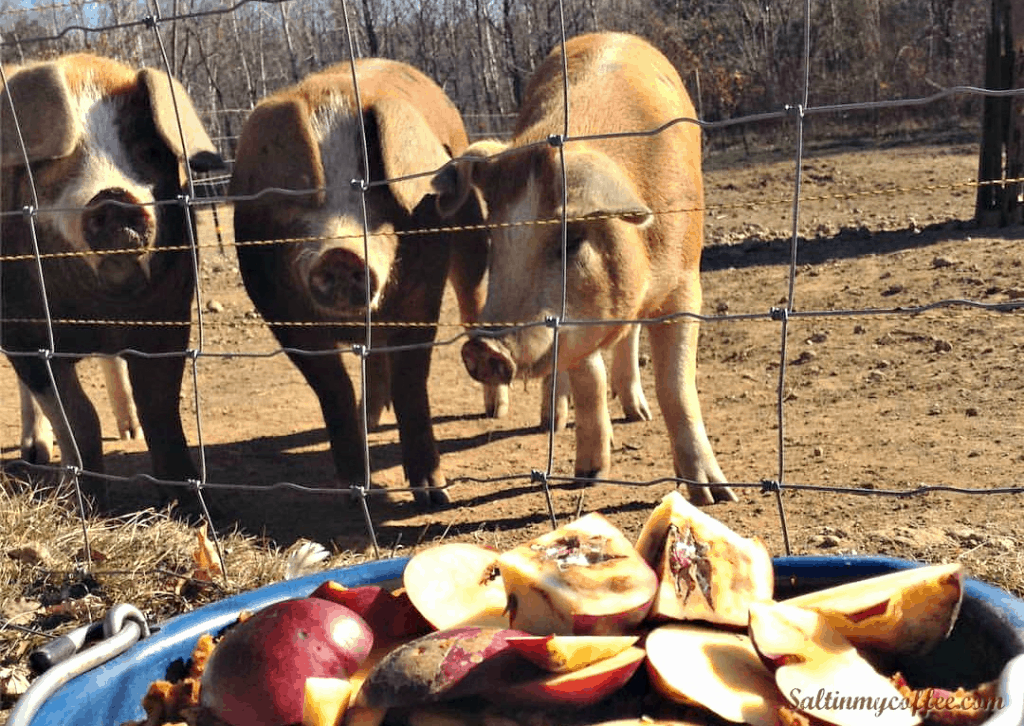 This was actually one of the easiest parts of the whole endeavor. If you're just keeping your pigs over the summer, and sending them to butcher before freezing weather, shelter requirements for pigs are not too rigorous. I've got lots of great DIY pig shelter photos and how-to articles pinned on my "Homestead Pigs" board on Pinterest. Check them out for some great inspiration.

Of course, if you end up waiting until the little oinkers are 5 months old to make their butcher appointment, and call every butcher in the state, only to find that January is the earliest anyone can get you in - you might need to beef up that shelter a bit. Do be warned - pigs ADORE playing with construction materials!

6. Make a plan for getting them to the butcher.

Hopefully you're fortunate enough to have a good, easy-to-load, trailer that you can use for getting your pigs to the butcher. If you don't, NOW is the time to start working on a good plan for getting them there. If you plan on training them to a steep-enough ramp that they can waltz right into the back of your pickup, you'll want to get it built now. If you're arranging to rent, barter, or borrow a someone else's trailer, you'll want to get on their calendar as soon as you set a date with the butcher. And maybe bake them a pie, just to seal the deal. It's also not a bad idea to have a Plan B up your sleeve just in case Plan A falls through.

All in all, we've enjoyed our foray into pig raising. I really expect that we'll do it again, though we'll give ourselves a year off, this coming season. I hope a few of these tips we've learned, might be helpful in your own pig-rearing endeavors. For those of you who've done this a time or two, or ten - what other tips would you offer to someone just getting started with pigs? Leave a comment and let us know! 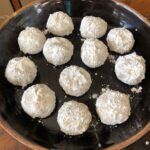 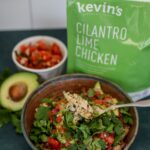